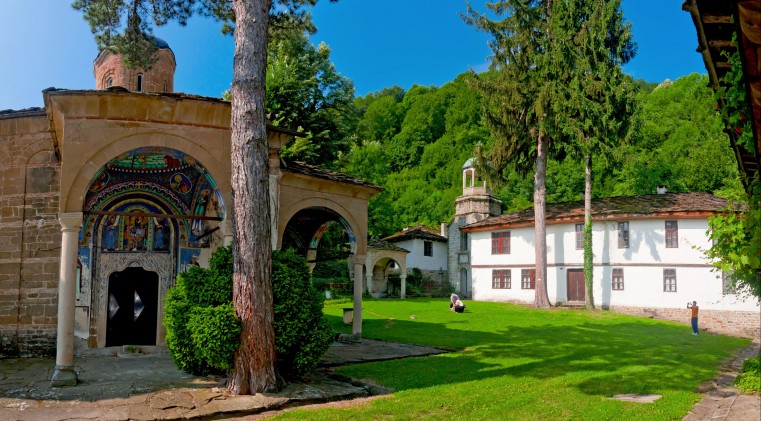 The male monastery “Uspenie Presvyatia Bogoroditsi (“The Assumption of Virgin Mary”) was founded back in the XIII C, but was demolished during the Ottoman invasion. Centuries later, during the plague epidemic, wealthy citizens of Sevlievo found shelter near the remains of the holy cloister and took a vow, that if they survived, they would donate money for the restoration of the cloister. They kept their promise and in 1836 the monastery arouse from the ashes with a new temple, which architecture impresses to this day, like the exquisite iconostasis, the old icons and the feeling of peace and quiet that it offers to the pilgrims.