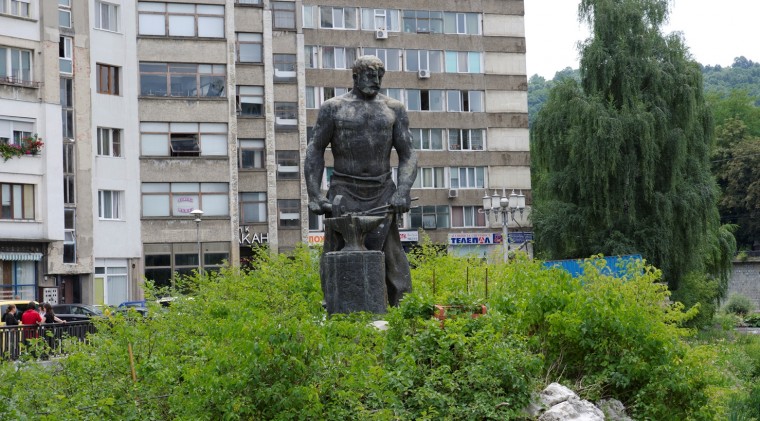 Gabrovo – the Capital of Humour and Satire, the center of education, crafts and trade during the Bulgarian National Revival and today, is located at the northern slopes of the Balkan Mountains, 200 km east from Sofia, 22 km from Tryavna, 28 km from Sevlievo, 45 km from Veliko Tarnovo and 49 km from Kazanlak. In close proximity the mountain Pass Shipka is situated, as convenient roads and railroad connect the town with the rest of the country.

In the Middle Ages, during the Second Bulgarian Kingdom and the relocation of the capital to Tarnovo (today the town of Veliko Tarnovo), the need of guarded roads and passes became vital. It is assumed that Gabrovo was founded by the guardians of the Shipka pass, who after the fall of Bulgaria under Ottoman rule continued to perform these functions. Gradually the settlement grew bigger, as numerous crafts emerged to develop Gabrovo as a rich industrial center with commercial ties throughout Europe and the Middle East. The cultural life during the Bulgarian National Revival was lively and marked with significant events. Here the first Bulgarian secular school, which laid the foundations of modern Bulgarian education, was established by the kind sponsorship of the rich traders Vasil Aprilov and Nikolay Palauzov. Gradually the craftsmen’s shops turned into modern industrial factories, which manufacture was traded worldwide, so the city gained its name the “Bulgarian Manchester”. Nowadays Gabrovo has preserved its fame as an industrial center of enterprising and thrifty citizens, where the true nature of the famous Gabrovian sense of humour is deeply rooted.

The town has proudly treasured its historical past in the expositions of the Regional Historical Museum, the National Museum of Education and the Interactive Museum of Industry – a unique Bulgarian attraction, where modern technologies and installations disclose the industrial past of the city.

A few kilometers from the city center, life takes a XIX C pace in the Architectural and Ethnographic Complex Etar – the one-of-a-kind open air museum on the Balkan Peninsula, where craftsmanship of the past two centuries still lives. Within a reach to the complex, in the serenity and beauty of nature, the Sokolski monastery is situated.

In the very heart of Gabrovo, amidst modern city buildings the Dechkov’s house is huddled, as its exposition will take you back into a wealthy town house from late XIX C.

Gabrovo also hosts one of the funniest museums in the world – the House of Humour and Satire. It will take you to the world of irony, jokes and laughter. It is namely there where you learn more about the peculiarities of Gabrovo’s sense of humour.

Another emblematic place, situated 15 km from Gabrovo, is the village of Bozhentsi, announced as a historic and architectural reserve. Here almost every house has a 200-years history. Most of the buildings are monuments of culture, some of them show exhibitions, and others offer accommodation in an authentic Revival atmosphere. Both the village of Bozhentsi and the Etar complex resurrect some traditional Bulgarian rituals as Lazaruvane, Enyovden, Koleduvane, Gergyovden, etc.

The funds of the town’s Art gallery Hristo Tsokev preserves over 3200 exhibits, among which some valuable icons from the famous Tryavna icon-painting school.

Gabrovo is a dynamic event center, rich in various forms of arts and festivities. It is an ideal place, where one can both experience an open – air relaxation and enjoy the city’s rich cultural calendar.

Gabrovo surroundings enchant with its get-away countryside, offering perfect conditions for recess, coziness and hospitality all year round.