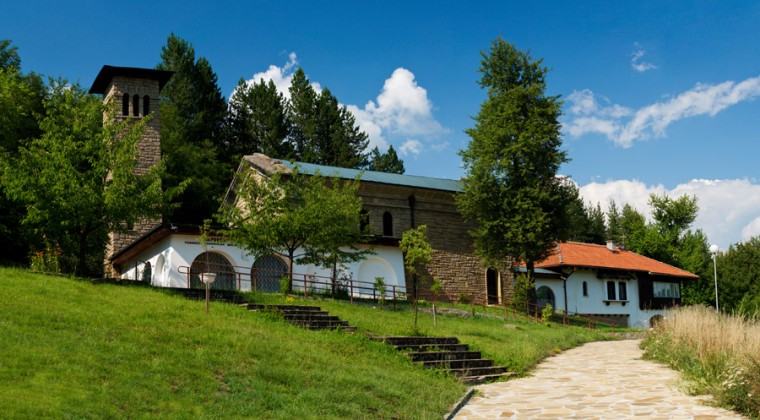 The town of Tryavna is situated in Central Bulgaria, on the northern slopes of the Balkan Mountains, some 22 km east of Gabrovo, 50 km south-west of Sevlievo and 40 km south of Veliko Tarnovo.

It is assumed that the town is the heir of an ancient Thracian settlement, as on peak Elova Mogila an ancient Thracian sanctuary has been discovered. The first written evidence of the settlement is a sultan’s charter dating back in 1565. Originally the citizens of Tryavna were charged with the security of the Balkan passes, which entitled them to some privileges and tax concessions. People gradually developed additional occupations in crafts, as their high-quality products were highly valued both all over the Ottoman Empire and beyond its borders.

During the Bulgarian National Revival Tryavna was known for its skillful craftsmen and the achievements of Tryavna art school – the oldest art school in Bulgaria, which developed in icon-painting, wood-carving and architecture.

Nowadays Tryavna is one of the few towns in Bulgaria that have preserved the spirit and the architecture from the period of the Bulgarian Revival. Undoubtedly the most popular sight and town’s symbol is the 21 m high Clock Tower, built in 1814. Another place of interest is the impressive Daskalov house, which hosts the Museum of wood-carving. There the two famous suns carved in the ceilings of the rooms of the building can be seen. Legend has it that they were carved in 1808 by master Dimiter Oshanetsa and his apprentice Ivan Bochukovetsa in a strenuous competition to prove their craftsmanship. The exposition at the museum introduces to the visitors the master works of the local wood-carvers, as well as the interesting tools they used in their work.

Some fine examples of the local icon – painting tradition can be seen in the museum “Tryavna icon-painting school”.

A surprising sight in Tryavna is the Museum of Asian and African Art – the one-of-a-kind museum on the Balkan Peninsula which displays unique cult artifacts from Asia and Africa, the oldest of which dating back to the II C.

The Revival spirit of Tryavna can also be felt in the House-museum of Petko Slaveykov, the home of the revolutionary Angel Kanchev, the Raykov house, the Old School, the stone bridge over the river, as well as on the street of crafts, preserved in its authentic look. Few shops and workshops are opened, and the craftsmen make their goods in front of the visitors in accordance with a technology from centuries ago.

Tryavna offers its guests astonishing serenity. The climate here is favorable for healing procedures and recreation, as the proximity of the mountain offers perfect conditions for hiking, picnics and relaxation in the nature. Tryavna is a starting point to several nearby destinations.

The town and the surrounding villages are a well-developed travel destination and offer perfect options for accommodation and catering – hotels, cozy guest houses, pubs and restaurants with tasty local cuisine.